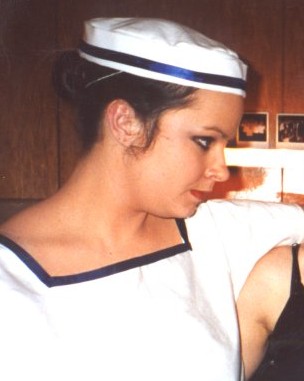 A veteran of the Society, Lorna joined sometime in the last millennium and has been involved in a number of capacities. She has appeared in many productions on stage including playing Brother John in Anything Goes, Marty in Grease, and Scrubwoman #1 in How to Succeed in Business Without Really Trying. Lorna also served on the Committee for a number of years having been Secretary, Treasurer and President, although not all at the same time. In recent years, Lorna has turned her hand to offstage work having stage managed Carmen and Oklahoma!, technically directed Calamity Jane and Our House, and directed Boogie Nights, Oklahoma!, Sweeney Todd and The Wedding Singer. Lorna also spent a year as our lady in Australia and recently became the Society's newest Honorary Member! 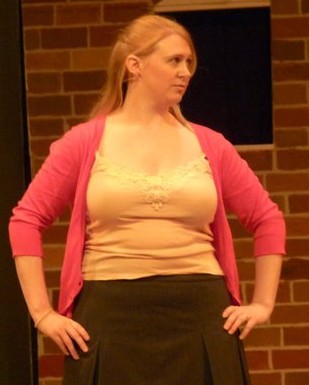 Julie has been an active member of the society in one capacity or another since 2002, first treading the boards in that year's weekend show The Best Little Whorehouse in Texas. Since then she has performed in a whopping 8 weekend shows, 9 main shows and 1 musical revue. She has been on the tech crew for 2 shows, was Assistant Director for our production of The Wedding Singer and co-tech director for Back to the 80s!. Behind the scenes she served on the Committee from 2003-2007, serving as temporary Treasurer, Company Manager, Secretary, President and Past President. She finally worked up the courage to quit the Society this year and got sucked back in to be on the 60th committee. Apparently resistance is futile. 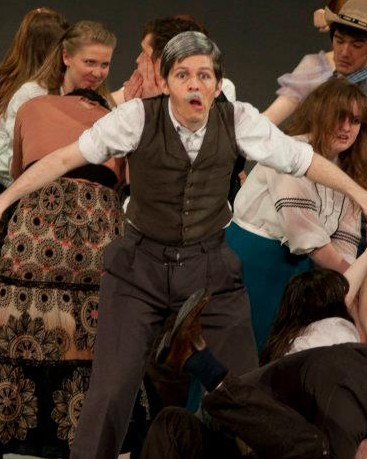 Ben became involved with the Cecilians when he moved to Glasgow in 2006, and has since played roles including Old Man Carnes in Oklahoma!, Fizzy in Bugsy Malone, Francis Fryer in Calamity Jane, and the coveted Man in Cap in Sweeney Todd, as well as being Ticket Manager, Secretary, and President at various junctures. After spending five years on the Society Committee, Ben decided he still hadn't had enough and would like to help organise the 60th anniversary celebrations. Now a PhD student in particle physics, Ben spends most of his time messing about on computers and consequently designing this website as well. If he ever gets any spare time he intends to use it to write a book on the history of the Society. To locate Ben in a crowd, listen for his laugh, which has been used as a beacon for Glasgow homing pigeons for the past three years. 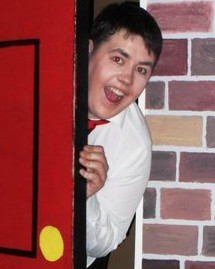 Ronan is the most attractive member of the committee and, as the Society's current President, feels that this needs to be shouted from the roof tops. Ronan is often found not studying for a degree in English and Comparative Literature and is more often either claiming to be a diva or displaying his unique talent as a mime-talking, elephant-walking, DVD-taking, cake-baking, vodka-downing, total-clowning descendent of Gandhi! 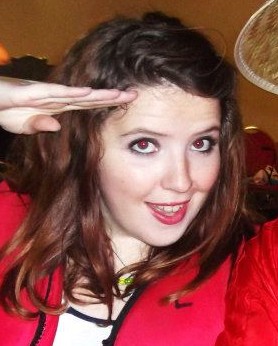 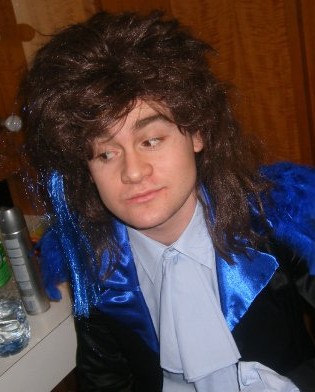 Dominic is a student of English Literature who has been singing and acting from an early age. Selected to perform at the Newcastle Theatre Royal and The Sage in Gateshead Dominic was chosen to sing solo for the North East project 'Churches Acting Together'. He also played the part of Prospero in The Tempest with the RSC and has sung in a quartet with Sir Thomas Allan. With Cecilians, Dominic's starring roles have been as George in The Wedding Singer, and Dream Corey singing Glory of Love in Back to the 80s!. 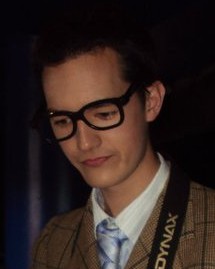 Connor's inauguration into Cecilians was with a striptease in Back to the 80s!, and he has been Going ever since.